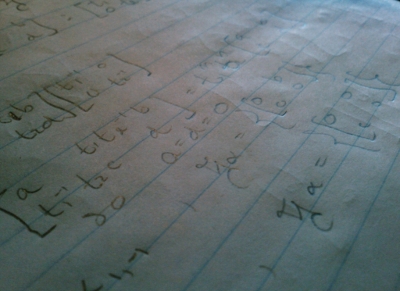 From Highlights 12 and Highlights 13, we have gained quite a bit of information on connected reductive groups $ G$ of semisimple rank 1. Recall, this means that $ G/R(G)$ has rank 1 where $ R(G)$ is the radical of $ G$, which is in turn the connected component of the unique maximal normal solvable subgroup of $ G$.

But wait, why have we been looking at groups of semisimple rank 1 at all? Let’s take a quick look at how we can get a good source of this groups inside a general group $ G$.

Let $ G$ be a connected algebraic group over $ k=\overline{k}$. We are not assuming that $ G$ is reductive or anything else besides this. We start by dividing up the tori of $ G$ into two kinds: the regular tori and the singular tori. Both of these species will be important in our study of algebraic groups.

The singular tori are slightly more elusive and appear in more sophisticated contexts. Fix a maximal torus $ T$. Recall that we have a set of roots $ \Phi = \Phi(G,T)$. These are exactly the nontrivial characters $ \alpha\in \mathrm{Hom}(T,\mathbb{G}_m)$ for which the eigenspace $ \mathfrak{g}_\alpha$ is nonzero. Let us examine a certain subset $ \Psi\subseteq \Phi$, which will actually be $ \Phi$ if $ G$ is reductive.

For the study of singular tori, we take $ H = (\cap_{B\in \mathcal{B}^T} B)^\circ$. For the $ \Psi$ defined this way, we then define $ T_\alpha = (\ker\alpha)^\circ$. This is our first example of a singular torus! Moreover, we shall show that all the singular tori are contained in the special $ T_\alpha$ singular tori.

Before we do that, let us do an example. In order to keep us on the right track, we will do the case of $ G = \mathrm{GL}_2(k)$ and take for granted that $ \Psi = \Phi$ in this case (we will prove this later, and this is true for any reductive group). Once we get a specific example, however, we can prove that the resulting torus is actually singular by hand, so there really isn’t any harm in this.

Digression: An Example of Singular Tori

It is a short two-line calculation to show that the roots in this case are $ \alpha_{1,-1}$ and $ \alpha_{-1,1}$. The kernel of both of these is the same: $ \ker\alpha_{1,-1} = \mathrm{diag}(t,t)$. In this case it happens to be that every Borel subgroup of $ \mathrm{GL}_2(k)$ contains this torus as conjugation is trivial on it. This isn’t always the case, and in the $ \mathrm{GL}_2(k)$ case it might this might all be a bit evident. The important thing is this construction works generally for any connected group.

In the next post, we derive the basic results on singular tori and then attempt to polish away until we get to the root system!